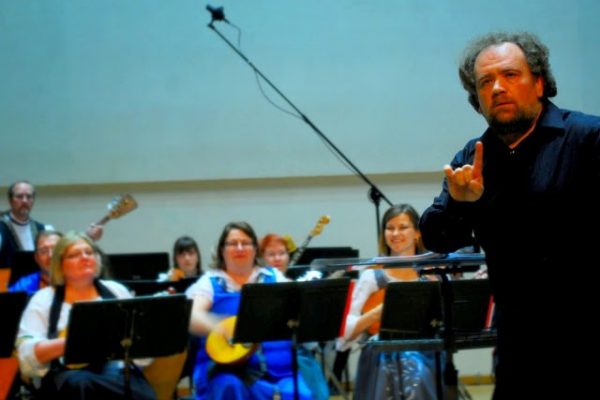 Victor Gorodinsky is the Music director and founder of the University of Wisconsin Russian Folk Orchestra. 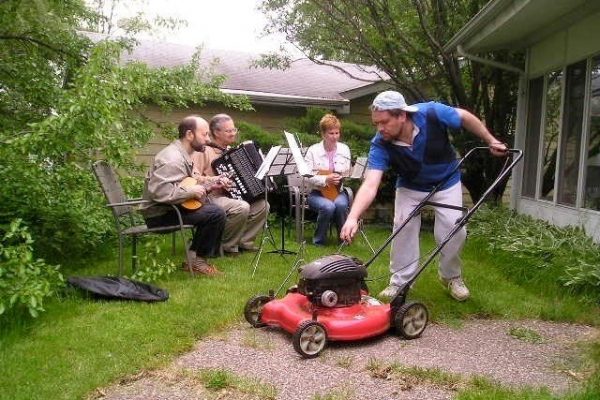 Victor takes a creative approach to music. Here is a quartet for certain folk instruments and a lawn mower! 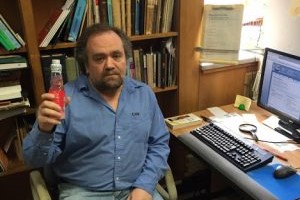 Victor Gorodinsky is a Librarian Emeritus at the University of Wisconsin-Madison’s Libraries.

Originally from Moscow, Russia, Victor immigrated to the United States in 1982. He holds a Master’s Degree in Music (classical guitar and orchestral conducting) from Gnesin College of Music in Moscow. Before moving to Madison in 1995, he worked at the University of Illinois at Urbana-Champaign where, in addition to being a Slavic Studies Librarian, he was Assistant Director (under the late Professor John Garvey) and later, Music Director of the University of the Illinois Russian Folk Orchestra, the official School of Music performing and touring ensemble. Under Victor’s baton, the 40-piece orchestra performed several times a year at the University of Illinois’ Krannert Center for the Performing Arts and toured around the Midwest.

In 1996, with the generous financial help from CREECA, Victor was able to purchase a number of authentic Russian folk instruments, and rehearsals began in the fall of 1997.

In 2017 the Orchestra celebrated its 20th anniversary with a big gala concert!

When Victor happens to have free time, he likes to spend it reading, listening to other music, traveling, and performing magic.  Occasionally, he enjoys doing rather goofy things (see the middle photo above).

For more information about Victor, please check his personal website.